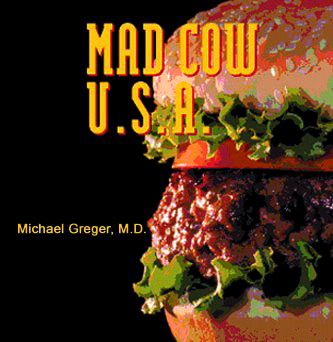 The agency’s refusal to let firms test for the disease denies consumers a safety net.
June 19, 2008
When is a worthwhile test for mad cow disease not worthwhile? According to the U.S. Department of Agriculture, it’s when a private company uses the test.

At least, that’s part of the argument the USDA has been using to keep a beef producer from screening the carcasses of all its cattle, saying that although the federal agency relies on the rapid-screen test for high-risk cattle, the test would be “worthless” in the hands of Creekstone Farms.

Knowing that customers, especially foreign ones such as Japan and South Korea, remain wary of the USDA’s spotty screening program, the Kansas meat company has been fighting the agency for four years for the right to use the state-of-the-art testing lab it built. The rapid-screen test is not completely accurate, but it has been useful enough for the USDA to employ. Creekstone still would not be able to legitimately label its products as free of bovine spongiform encephalopathy, the technical term for mad cow disease, but its customers should have the choice of deciding whether the extra screening is worth paying for.

The USDA contends that private testing is unnecessary and that its own program, which tests fewer than 1% of cattle, adequately protects the public from mad cow. This might well be true. There is no known instance of U.S. beef causing a case of the human variant of the disease. But as long as the test presents no threat to animal or human health, why shouldn’t an innovative company give customers what they want? The USDA’s motivation probably has more to do with the beef industry’s opposition to Creekstone: Testing might put consumer pressure on other companies to do the same.

Creekstone won its first battle in court, but the USDA appealed; a ruling is expected soon. Meanwhile, instead of letting farms like Creekstone grow their businesses, the United States has been trying to persuade or strong-arm foreign countries into accepting U.S. beef standards, with limited success. Its recent deal with South Korean President Lee Myung-bak led to massive street protests. And while our bullying beef diplomacy reaps enmity instead of customers, Australia is increasing its market share.

The USDA has had enough problems in recent years making sure that companies meet its safety requirements. It ought to get that job done, and not interfere with producers that are going above and beyond to provide the safety standards some consumers want.